When it comes to Prosecco, I believe there are three types of people: those who love it, those who turn their noses up at it, and those who will drink it . . . but only if Champagne isn’t available. I fall pretty firmly into the last category.  Given a choice, I’d almost always opt for Champagne – unless I’m mixing my sparkling wine with orange juice (Helllooooo Boozy Brunch!!)

For many, sparkling wine is a commodity – completely interchangeable.   And that’s totally fine.  Others (present company included) are a bit more selective about their bubbles.  For me, I really like what autolysis* brings to the party so, if Champagne isn’t available I’ll look for a label that says “methode traditionalle” or “methode champenoise” – which indicates that the wine was made in the traditional method* – in other words, the same way that Champagne is made.  Prosecco, on the other hand, is produced by what is referred to as the tank method.*

*I realize that these terms are total winespeak for any relative newbies who might be reading this, so if you’re not exactly sure what those corkdorky terms mean – here’s a (very) quick debrief:

Traditional Method.  Once the base wine is finished, it undergoes a second fermentation in the bottle.  To accomplish this, a bit of yeast and sugar are mixed together, added to the base wine, and then the bottle is sealed up.  As in the first fermentation, the yeast consumes the sugar and produces alcohol and CO2 – but since this is happening within a sealed bottle, there’s nowhere for the CO2 to escape to.  So it remains in the bottle – creating the sparkle.

After the sugar is consumed, the yeast dies 😦 but its work is not yet done!  Dead yeast cells are referred to in winespeak as “lees.”  The wine “rests on the lees” for a period of time after the second fermentation is complete and this is where autolysis occurs.  Autolysis is essentially the enzymatic breakdown of dead yeast cells . . . and if your eyes just glazed over by reading that sentence you’re not alone!  I’ve been trying to wrap my brain around this myself.  Yet another scientific concept that I’m struggling with.

The duration of autolysis can be anywhere from a few months to several years – the more time spent, the more yeasty/bready characteristics in the resulting wine.  Usually, lees aging needs to be at least 18 months in order for the wine to show any autolytic characteristics.

Tank Method (aka Charmat Method).  With this method, the second fermentation takes place in a large pressurized tank as opposed to inside the bottle.  The tank method is cheaper, faster and requires less labor than the traditional method.  It’s also used with more aromatic grape varieties like Glera (the primary grape of Prosecco) and Riesling (used in German Sekt) since there isn’t the degree of lees contact – which can overwhelm the delicate fruitiness of these varietals.  While you still get bubbles with the tank method, the resulting wine is much more fruity and fresh.  You don’t get as much (or any) of those yummy bread dough, brioche aromas that you do with the traditional method.

While Prosecco is Italy’s best-known sparkling wine (and best-selling at over 220 million bottles a year!), the country also produces a handful of sparklers made in the same method as Champagne.  And, typically, at a fraction of the cost.  Here are three traditional method Italian sparkling wines that are great alternatives (NOT substitutes, because in my opinion – there is none!) for Champagne: 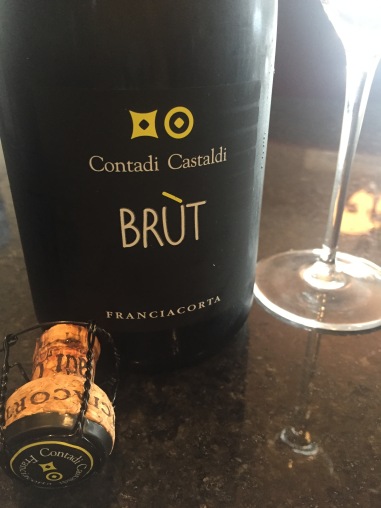 Franciacorta is located in Lombardia and has a significantly warmer climate than Champagne.  This translates to riper fruit flavors in the glass and a lower overall acidity.  (Tip: look for “brut nature” or “zero dosage” versions of Franciacorta if you want to maximize acidity).  Interestingly though (to me anyways!), non-vintage Franciacorta is required to spend a minimum of 18 months on the lees – which is 3 months longer than Champagne’s minimum requirement!

The grapes used in Franciacorta are Chardonnay, Pinot Nero (aka Pinot Noir), and Pinot Bianco.  The latter is being used less frequently as it doesn’t add much longevity or energy to the wine.

For more info – here’s my outline on Franciacorta.

Trento DOC.  These wines hail from the Trentino region located in northeastern Italy.  Sparkling wine production started here in the early 1900s here thanks to Giulio Ferrari who believed the area had the potential to compete with the wines from Champagne.  And while these wines are produced in the same method and use the same grapes as Champagne (the holy trifecta of Chardonnay, Pinot Noir and Pinot Meunier) they taste incredibly different.  You’re likely to get aromas of peach, apricot, candied lemon and orange peel from Trento sparkling wines – with maybe a hint of biscuit character if they’ve been aged longer than 3 years. They tend to be fuller bodied with a level of richness to them.

Compared to Prosecco and Franciacorta, Trento DOC has a rather small production – 8.5 million bottles in 2010 (of which the Ferrari house produced nearly 60%) and the bulk of it is consumed locally.  Which might help explain why I haven’t been able to get my hands on one of these . . . yet. 😉 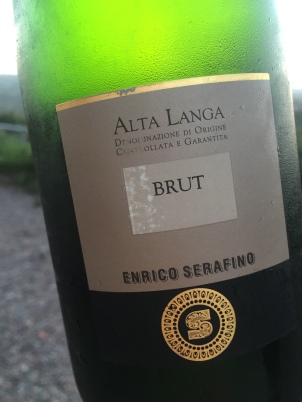 Alta Langa DOCG.  This area is becoming increasingly important for traditional method sparkling wines produced in southern Piemonte.  Although it is a large appellation overall, the actual area under vine is just over 250 acres (roughly 1/3 the size of Central Park).  And Alta Langa production is quite small – just over 600,000 bottles per year. Both planted acreage and production are expected to increase, however, as popularity of this region’s wines has soared in recent years.  And with good reason – they have some pretty strict requirements as far as what goes into the bottle and, as a result, are producing some delicious bubbles! 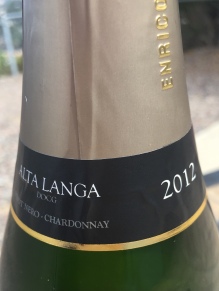 Alta Langa DOCG wines are made from a minimum 90% of Chardonnay and/or Pinot Noir.  And, unlike Champagne and the other regions mentioned above, there is no “non-vintage” production here.  All Alta Langa wines must be vintage dated and spend a minimum of 30 months on their lees.  So you’ll definitely find more of those yummy bready aromatics in wines from this region.

I hope next time you’re thinking bubbles you’ll give one of these a try.  If you do, please let me know what you think! 🙂   Want to learn more about wine and bubbles?    Click the link to the right and subscribe to this blog!!!