Poor Pinotage. Despite being the offspring of one of the most elegant and revered grapes in the world (Pinot Noir), it has had an uphill battle pretty much since its inception less than a century ago.

After its creation by crossing Pinot Noir with Cinsault, the grape was largely ignored – its home country had much bigger issues to deal with than the wine industry. Once apartheid finally ended, and trade sanctions were removed, many wine producers focused on high volume/low quality Pinotage wines that flooded the market – frequently smelling like paint.

Pinotage has been trying to overcome that reputation for several years now . . . and might finally be making some strides.

I’ve had limited exposure to Pinotage, but I must admit – I rather like it. It stands out from the mass of “Bordeaux style blends” that are overly prevalent in many markets. The fruit isn’t ripe and jammy, but more charred and smoked. Like you left black cherry skewers on the barbeque for too long. 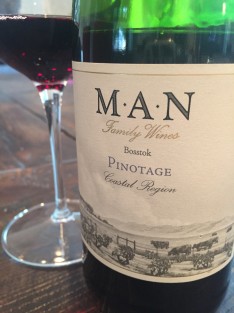 Despite its uniqueness, not many consumers are keen about its often distinct aromas of burnt rubber and tar. When I smell Pinotage, I’m taken back to circa 1979 when I used to ride my banana seated bike past my crush’s house all the time. One day, my corduroy pants got caught in the spokes and I crashed right in front of his house. Pinotage reminds me of the hour I laid there in the street (ok, it was probably only ten minutes until his sister came outside to help me) and all I smelled was rubber and asphalt, and a hint of sweaty embarrassment.

Compared to most major grape varieties, Pinotage is still in its infancy. Others have had hundreds of years to work out their kinks and improve. As more critics start to accept Pinotage, and even promote it (just look at how many “Give Pinotage a Chance!” articles have come out recently!), I’m optimistic that this grape will find its place in the wine world.

Until then, here’s the Pinotage outline.