Many people associate Rosé wine with warm weather and plentiful sunshine.  Which means, for the most part, summertime.  I used to be one of these “many people.”  However, now that I’m living in SoCal – where temps have already reached close to triple digits and it’s only April! – I’m thinking that Rosé will be a go-to wine for me year-round now.  This definitely goes in the “pro” column for our move!

The 2017s are just starting to hit the store shelves and I’ve already scooped up several. Over the next several months, I’m going to do a series of “Rosé Roundups” in an effort to find my favorites. 🙂  And I’m going to do my best to branch out of my comfort zone of France and Washington State Rosés.

Here’s my first set of Rosés this season: 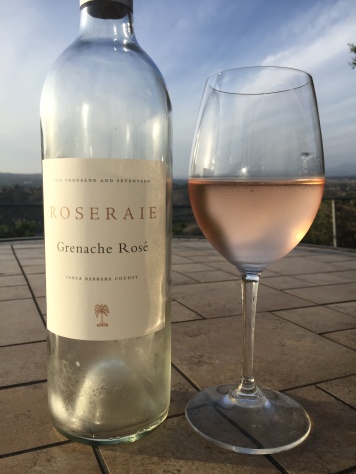 This wine is all about sour cherries on the nose and palate – almost in a Sour Patch Kid candy kind of way.  There’s some under ripe raspberries in here too.  The back label says that a “touch of red Grenache from barrel” is added at bottling to add tannins and complexity.  I haven’t seen too many Rosés made this way – probably because it isn’t allowed in Europe (except for Rosé Champagne).  Here’s more information on various Rose Production Methods.

It is interesting to note that unlike prior vintages, the producer’s name (Margerum Wine Company) appears nowhere on the front label. And there’s no information about this particular Rosé on their website (however, there is info about another one they produce, Riviera Rosé, which sounds quite delicious!) Makes me wonder why Roseraie is absent. Are they not as “proud” of this one? Is it from less prestigious grapes? (I definitely believe so). Was it produced solely for Whole Foods (where I purchased it for $20)?

Whatever its mysterious existence might be, I’d put this wine in the “porch pounder” category.  It’s not very complex or interesting, but definitely goes down easily. 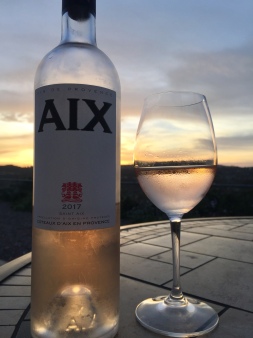 This Rosé was more herbal and mineral driven compared to the Roseraie above.  Lots of yummy smelling rose aromatics as well.  Tasted like I was munching on dried lavender and herbs, with a slightly spicy finish.  AIX is a blend of Grenache, Cinsault, Carignan and Syrah.

The region of Coteaux d’Aix-en-Provence produces almost 2 million cases of wine a year.  And this particular wine is widely available (I found mine at Whole Food for $18).  AIX had a bit more going on for it than the Roseraie, and would be killer with summer salads. 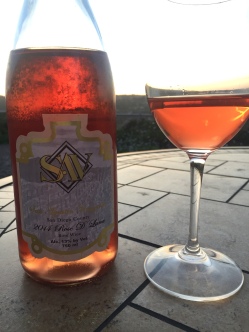 When I purchased this at a local wine store, I didn’t notice that it was from 2014.  It’s a bit odd to have a 3+ year old Rosé on the shelves that isn’t from one of the more age-worthy wine regions like Tavel or Bandol.  In general, most Rosés are not meant to age and should ideally be consumed within a year of their vintage date. Or, if you’re me, within a few hours of bringing the bottle home. 🙂  However, it appears that 2014 is actually this producer’s latest Rosé release.  Which is also a bit odd.  What the heck has it been doing for 3 years?

This Rosé is a blend of Cabernet Sauvignon and Malvasia Bianca.  If you’re unfamiliar with the latter, it’s primarily grown in the Mediterranean area and usually produces sweet wines that are higher in alcohol.  I’m not a huge fan of off dry Rosés, and unfortunately this one was no different.  Hubs said he wished he didn’t see it before he tasted it because he was immediately turned off by it’s almost neon orange color (which is ironic since he’s a huge 80s fan). 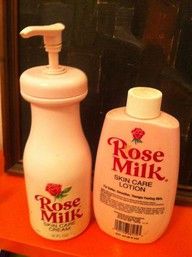 Overall, this smelled and tasted like my Grandma’s Rose Milk lotion (anyone else remember this stuff?)  And yes, I did eat some of this as a child after sneaking into her bathroom because I thought something that smelled like this would taste good.  Turns out, not so much. I tried this wine over the course of 3 days hoping that my opinion might change . . . it didn’t.

Ok, NOW we’re talking!  This was hands down my favorite Rosé of this first roundup .  Not a huge surprise since Savage Grace is one of my go-to Washington wineries.  I love his single varietal, single vineyard wines because you get a genuine expression of the grape and the land.  His 2017 Cabernet Franc Rosé was pink grapefruits, tart strawberries and raspberries and minerality.  I could drink this all day – with food or without. 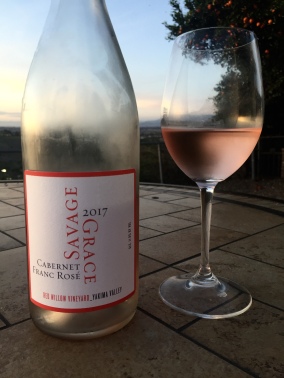 I got my bottle from my good friend, Stacy.  But it’s available online here . . . and I might just have to order some more!

I’ve started a Rosé outline and will add to it as the season goes on.

What’s your favorite Rosé?  Let me know of any you think I should try! 🙂 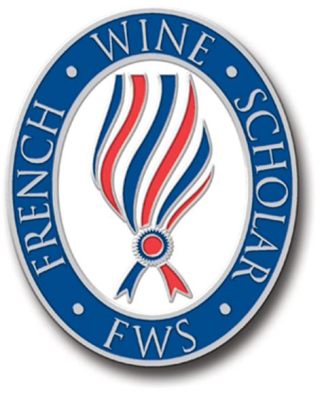